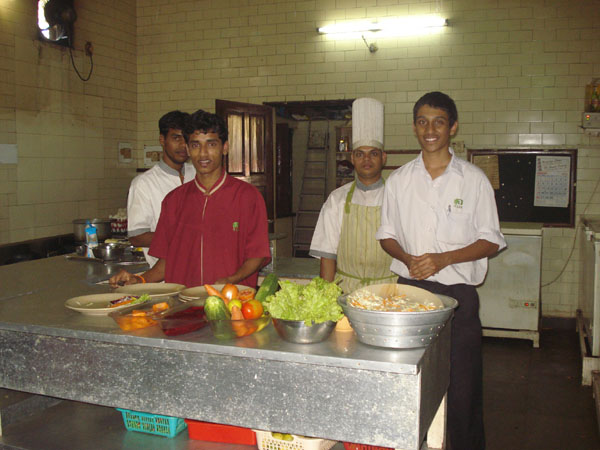 EARN WHILE YOU LEARN

Once, an old woman came across a little girl selling lemonade at a street corner. She walked up to the girl, patted her on the head and asked her for a glass of the refreshing liquid. When she had finished drinking, the woman dug into her purse to fetch out a coin to pay the little girl but she could not find the exact amount. Shyly, the girl told her, “Ma’am, don’t trouble yourself to pay now. You can pay me tomorrow when you come again.” What a businesswoman this girl is going to be when she grows up!

Unemployment in young people is a growing trend with downsizing at corporate level due to several reasons. Fact is, once you enter the world of work, armed with the required degree or diploma, you find yourself fighting for few jobs with an army of similar people like you. Then you have to take what you are given or pay for a job you want. Many adopt the latter means and then spend all their time trying to recover what they had shelled out - and more.

College students in many foreign countries pay their way by doing unskilled jobs during their free time. Therefore, a Harvard student could be waiting tables at a local restaurant or helping you choose an outfit at the mall. Some baby-sit for regular customers, while others tutor older children for a handsome fee. Since there is dignity of labor in these countries, there is no shame in doing these seemingly ‘lowly’ jobs in order to pay exorbitant University fees.

Things must change here in Goa too. Instead of parents slogging away to pay exorbitant fees, students can feel pride in paying their way through college. A budding photographer can work with a professional one to learn as well as earn a bit as his assistant. He can then take up contracts at small functions, charging less than the usual fee in order to build up his clientele. Then, when he has finished his studies, he can launch himself with ease.
A person interested in teaching can spend her free time tutoring school kids to earn pocket money and to hone her skills. Someone having the gift of convincing others could take up a job as a salesperson. Another with great service skills can be a waiter at a restaurant. A plus point of doing these jobs after college hours and during the vacations is you get to meet professionals and can make contacts for future use. Sometimes, a person impressed with you, could recommend you to others so that when you are ready, a job will already be waiting for you.

The present Government in its manifesto had promised Rs. 2000 to every unemployed youth. In my humble opinion, this could be a grave mistake. The money could be squandered on vices and we will all be the losers. Instead, youth must be encouraged to earn while they learn and, for those who are unemployed, temporary jobs in the service sector can be given until they get suitable jobs. Once the unemployed youth get used to getting sops, they will not want to work. However, once they begin working, their self-esteem will be high and they will not need sops anymore. The Government in collusion with colleges can bring about this much needed change, enhance the economy and provide a lasting impact on the sorry state of youth unemployment.

On a personal note, my eldest son took a sabbatical this year. A month ago, he joined a restaurant as a waiter. I am sure this has caused quite a stir among our friends and relatives, but I am glad to note that his self-esteem has grown immensely. Now he is ready to continue college during the day and work at night to pay his own way. He has decided that he is going to ‘earn while he learns’
Posted by AURIEL at 11:06 PM No comments:

THE TREE OF LIFE

At a pro-life retreat I attended some time ago, an Indian documentary film entitled ‘The Tree of Life’ was screened during the afternoon break. The movie was on the issue of Abortion against the background of the upbeat lifestyles of an urban couple. A distorted approach to family life due to career pressures leads the wife to decide to abort. Through the eyes of their only child, the couple realise the false lives they have been leading and the immoral values that they have been upholding. They decide to make a radical change in their thinking and the sanctity of life is restored once again and cherished. And they are blessed with a beautiful baby boy!

A century ago, women were the homemakers, a ‘career’ that was revered and taken seriously. Then came the feminist movement and women went to work. Figuratively and literally, they began to ‘wear the pants in the house’. They got conditioned to believe that they were equal and even superior to men. The movement gave women a distorted view of their role in the life of the family, making motherhood and homemaking an anathema. Women’s rights predominated and influenced their way of thinking. Today, if you are educated and yet contented to be a stay-at-home mother, feminist eyebrows will rise in disdain. “You are wasting your talents!” “Why so many children, for heaven’s sakes?” are oft-repeated exclamations that homemakers like me are quite used to hearing.

Men and women were never created equal by God; they were created to complement each other physically, emotionally and spiritually. I find an effeminate man quite offensive and so too a manly woman, don’t you? At a wedding recently, I spotted a woman dancing the ‘jive’ with another woman. What’s so wrong with that, you may well ask. Well, one was dressed like a man, padded suit et al. I am sure people watching them thought that they were a ‘gay’ couple.

Even fashions today have made a mockery of a woman’s femininity. When I look at the movies of old where women were real women, not cardboard caricatures for men’s fantasies, I see a lot I would love to emulate. Their demure spirit enchanted men, transforming them into romantic bards; their gentle, soft-spoken replies were a delight to the ears. The way a girl sat, walked and spoke revealed her inner character. She commanded chivalry and got it!

Although man’s basic instincts revels in scantily-clad bikini models and indulges in Penthouse peeks, his mind is very clear as to what type of a girl he wishes to marry. He prefers the pure, the virginal, the girl his mother would have selected herself in days gone by. Women may call this double-standard but they ought to admit that they too ogle at and buy cheap imitation jewellery in abundance, but secretly wish for precious stones, which are far more valuable.

So then, if a woman wants a man to respect her for her character rather than for her career and for her brains rather than for her body, she has got to stop selling herself short. Why waste precious time and energy on ‘externals’ when the inner character needs a facelift; a makeover? Mothers ought to inculcate this sense of self-respect in their daughters right from a very young age, giving them a high self-worth, a healthy self-esteem instead of a wardrobe of mod clothing and accessories.

Women have a unique role to play in society as do men. Each has their part and should play it well. A woman who plays a man’s role or a man who plays a woman’s role may well become a laughing stock as we see happen so often in our tiatrs.
Modesty in dressing goes a long way in creating an image of you that wins the respect and gallantry of men. There is no need to attract the wrong type of attention by wearing something that takes a men’s attention away from your personality. Even if you are not beautiful in the conventional sense, your inner radiance will show on your face when you exhibit confidence and poise.

Every woman knows how special she is to the man who truly loves her. He never makes her feel like an object to be used and thrown away once the ‘expiry date’ has gone past. He would never make her so desperate for him that she could contemplate suicide if he should ever leave her.

The feminist movement that began in the early 1900s was aimed at destroying the church and family. What we need today is a ‘feminine movement’ – a movement to get back woman’s lost femininity. The family needs its women to nurture it, to raise the children they bear with sound moral values and to inspire their men to greater heights by their support and good example. A working mother finds all this impossible and yet she plods on, afraid to lose the standing she has acquired after so much of struggle. So in a bid to hang on to her freedom, she sacrifices her deep-seated desire to stay at home for a career that fails to satisfy after the ‘honeymoon period’ is over.

Women, tell me frankly, does that extra income really make life better for you? So much of it goes to pay servants, crèche-owners, tuition teachers, etc. And when the day is done, there is no energy to really enjoy all that one has accumulated, is there? The inflated hotel meals, the fancy cars, the posh bungalows, the outrageously exorbitant ‘branded’ clothes, etc. lose their appeal after sometime. You worry about a future you have no control over, while you slave away the present.

Life was not meant to be that way. Women no longer have the time for simple joys, and the hobbies that once kept them happy for hours are no longer pursued. There may well come a day when we won’t see a cute pair of knitted booties on a baby’s feet or a delicately cross-stitched tablecloth. Our coffee tables will have plastic doilies and our pillow-covers will be sans embroidery. A sewing machine will be an obsolete antique as will be the baking oven that churned out goodies for delighted children.

So I appeal to all women reading this to reconsider the options and make a decision to place your family before career. Often, I get this response “Why did we get educated if not to work?” And my answer is simple: “So you can educate the next generation.” That is our work and it is not to be scoffed at. We have the power to change the world by changing our little ‘worlds’, one child at a time.
Posted by AURIEL at 7:39 AM No comments:

AURIEL
PROUD TO BE CATHOLIC. 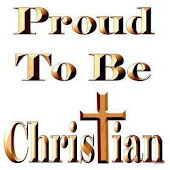